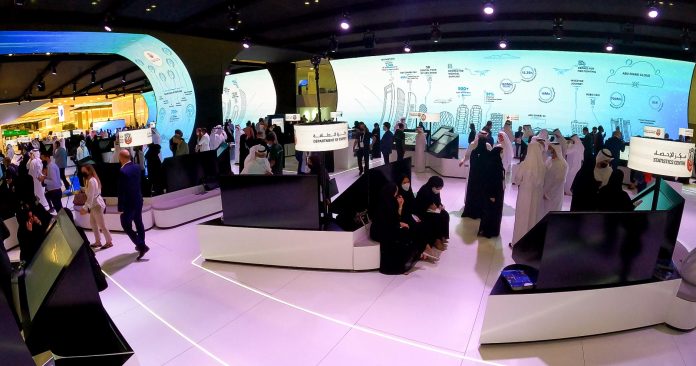 Under the theme “Government of The Future”, last week the  Abu Dhabi Government concluded its successful participation in GITEX Technology Week 2021, which ran until 21st October at Dubai World Trade Center, where 31 government and academic entities gathered under the Abu Dhabi Government Pavilion.

His Highness Sheikh Maktoum bin Mohammed bin Rashid Al Maktoum, Deputy Ruler of Dubai and Deputy Prime Minister and Minister of Finance, visited the Abu Dhabi Government Pavilion, where he was briefed on the latest digital projects and initiatives. The Pavilion also welcomed VIPs, leaders and experts from both the public and private sectors.

The Abu Dhabi Government Pavilion saw the signing of 12 agreements and MoUs and its participating entities showcased 100 innovative projects and initiatives in support of digital transformation, creating a unique experience for visitors by introducing a unified platform that features the services of government entities.

The Abu Dhabi Government’s participation came under the supervision of the Higher Committee of Digital Government as part of its efforts to implement a cohesive framework and make a fundamental change in the concept of government services, moving towards a digital future.

His Excellency Ali Rashid Al Ketbi, Chairman of the Department of Government Support – Abu Dhabi, expressed his appreciation of Abu Dhabi Government’s successful participation at GITEX Technology Week 2021 and his delight that the number of visitors to the government pavilion reached over 12685. Al Ketbi also praised the remarkable results achieved at the event, noting that these will further support the digital transformation journey in the Emirate of Abu Dhabi and strengthen its position as a regional and global leader in digital innovation.

Al Ketbi also extended his gratitude to all participating government and academic entities and noted the full governmental coordination and integration which showcased the achievements of the Abu Dhabi Government in digital transformation.

His Excellency Dr. Mohamed Abdelhameed Al Askar, Director-General of the Abu Dhabi Digital Authority, stressed the importance of Abu Dhabi Government’s participation in GITEX Technology Week 2021 in support of the emirate’s digital agenda, which focused on the four key pillars of Government Services, Government Solutions, Data and Artificial Intelligence, and Digital Ecosystem, with the aim of enabling, supporting and delivering a digital government that is proactive, personalized, collaborative and secure.

Al Askar added: “Many government and academic entities were present at the Abu Dhabi Government Pavilion, and their participation came as the UAE celebrates its 50th anniversary, with the nation celebrating its remarkable journey over the last 50 years and beginning to prepare for the next 50.”

Among the innovations presented at the show, the Abu Dhabi Government Pavilion saw the launch of an integrated platform to effectively manage incidents and emergencies in a cohesive manner. The platform can be used to gather or specify a range of resources and capabilities that could be called upon to support leading or supportive entities in times of emergencies.

Additionally, “TAMM” announced a range of new beneficial options available for Abu Dhabi Pay customers who use the facility to pay for government services, as well as the innovative “TAMM OS” tools aimed at enhancing the efficiency and quality of government services in Abu Dhabi. Meanwhile, Abu Dhabi Customs launched the “Invisible Customs” initiative and the “Automation of E-commerce Policy Procedures” project, in collaboration with the Abu Dhabi Digital Authority.

Meanwhile, the Department of Health – Abu Dhabi launched the “Epidemiological Modelling Tool”, the Abu Dhabi Public Health Center launched its “COVID-19 Vaccination Platform” and the Abu Dhabi Department of Economic Development has launched the “Investor Journey” project and the “Virtual License” that allows the foreign investors not residing in the UAE to obtain an economic license to conduct business in Abu Dhabi from outside the emirate and before starting the residency procedures with the possibility of practicing their business from outside the country.

With the aim of strengthening strategic partnerships and developing prospects for fruitful cooperation between the public and private sectors, the Abu Dhabi Government Pavilion hosted a series of events and oversaw the signing of a number of agreements and MoUs, including the Department of Health, which signed MoUs with Hub71, the Department of Government Support and Novartis Middle East.

For visitors unable to attend in person, the Abu Dhabi Government Virtual Pavilion Experience was available to give users the ability to make virtual visits to the Pavilion from anywhere in the world, and join in remotely with sessions and events taking place live at the Pavilion. 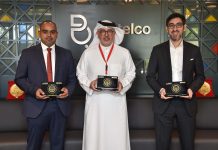 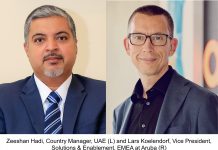 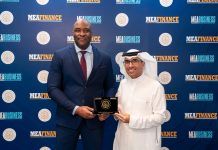 ManageEngine to highlight its suite of enterprise IT Security Solutions ...

Hozpitality Group gears up for the Dubai Expo 2020 with...