The 19th Airport Show will take place from April 29 – May 1, at the Dubai International Convention and Exhibition Centre (DICEC). The event will see the participation of Saudi Arabia’s prominent aviation industry players as the ongoing efforts to develop airport facilities and infrastructure picks up the pace, ahead of plans to privatize the Kingdom’s 27 existing airports.

Leading the companies participating in terms of biggest stand size will be Dammam Airports Company (DACO) which operates and manages King Fahd Airport and its facilities, followed by the General Authority of Civil Aviation (GACA), the aviation regulator of the biggest Arab Gulf state. The other exhibiting companies are: Alnahdi Aviation Technologies Company, Ground Handling Logistics, Riyadh Airports Company and Saudi Ground Services Company (SGS).  In all, they are taking up almost 600 square metres of exhibition space at the world’s largest annual airport industry B2B event, in order to showcase the exciting future growth plans for the Kingdom’s aviation sector.

Daniyal Qureshi, Group Exhibition Director at Reed Exhibitions, organizers of the Airport Show, remarked: “Aviation has remained an important catalyst for growth in the Saudi economy through the establishment of new airports and the expansion of existing facilities. Efforts are on to transform the Kingdom into a global aviation hub connecting Asia, Europe and Africa, thus playing an essential role towards the fulfilment of the Kingdom’s ambitious Vision 2030. We are pleased to once again welcome key Saudi aviation entities at Airport Show to meet with over 300 of the world’s leading airport suppliers and forging powerful partnerships that will help deliver Saudi Arabia’s aviation development programmes.”

After the UAE, Saudi Arabia is the second biggest aviation market in the Middle East. New and emerging technologies are the focus of attention for Saudi aviation companies as authorities began focusing on the privatization of 23 domestic and four international airports which collectively handled about 100 million passengers and 771,000 flights in 2018. The GACA is leading the long term development and modernization of Saudi Arabia’s airport facilities and infrastructure, which will help achieve the Kingdom’s Vision 2030 socio-economic reforms initiative.

The GACA is working on two international terminals at King Khalid International, at an investment of US$589 million. Last year, King Khalid International Airport in Riyadh recorded the second highest footfall in the country with 27.9 million passengers. The Kingdom also has plans to develop new airports by 2020 in Al-Qunfudah, Farasan Island and Taif, Riyadh North (serving the provinces of Al Ghat, Al Majmaah and Zulfi) and Riyadh South (serving the provinces of Al Aflaj, Al Hariq, Al Kharj and Howtat Bani Tamim). The GACA is keen to develop the Kingdom’s airports network in order to keep pace with the steady increase in air traffic, increase the reliability of services, maximize geographic coverage and enhance the contribution of the airports to the overall economic growth of the country. It says solutions in the field of passenger and air cargo facilities will help improve the efficiency of airport services and take the Kingdom into a leading position on the digital transformation front. One of the key goals is to make the Kingdom’s airports equipped with smart self-service facilities. 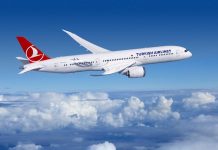 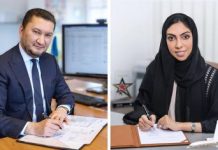