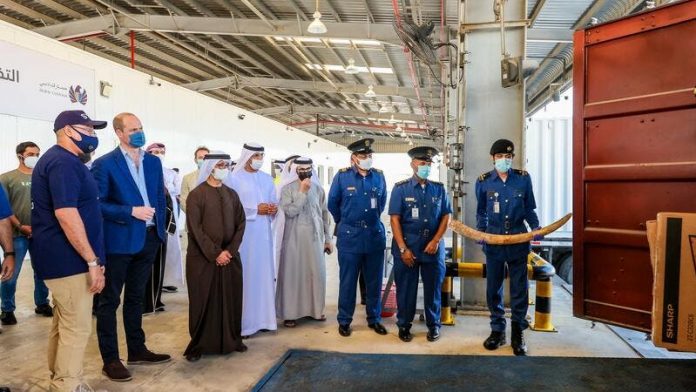 Building on the strong bond between the UK and the UAE, Prince William, Duke of Cambridge, paid a visit to Jebel Ali Customs Center, as part of his first official visit to the UAE.

The second-in-line to the British throne touched down in Dubai Customs’ Jebel Ali Center on Thursday 10 February 2022.

The UK royal learnt about Dubai Customs’ role in fighting illegitimate trade in goods that violate the provisions of the Treaty on International Trade in Endangered Species of Wild Fauna and Flora (CITES).

Dubai customs has recently seized 64 falcons that were being brought into the country. They have been found hidden in the back of a lorry as smugglers attempted to transport them across the Hatta border.

In recent years, Dubai Customs made 197 CITES listed seizures, and to enhance cooperation in this regard, it signed an agreement with the International Fund for Animal Welfare (IFAW) towards more cooperation in preventing illegal wildlife trade.

“Fruitful cooperation between DP World and Dubai Customs in fighting illegal wildlife trade and trafficking of CITES-listed items has had tangible results, thanks to the advanced interception and inspection systems at Jebel Ali Customs Center and their highly professional teams,” H.E. Sultan bin Sulayem, DP World Group Chairman & CEO and Chairman of Ports, Customs and Free Zone Corporation. “Dubai Customs’ experience in this regard has become an example to follow worldwide following the vision of His Highness Sheikh Mohammed Bin Rashid Al Maktoum, Vice President, Prime Minister and Ruler of Dubai.”

On his part, H.E. Ahmed Mahboob Musabih, Director General of Dubai Customs, CEO of Ports, Customs and Free Zone Corporation highly applauded Prince William’s efforts in protecting the environment. These efforts were culminated in launching the Earthshot Prize, an ambitious environmental program aimed at finding new ideas and technologies around the world to tackle the climate crisis and Earth’s most pressing challenges.

“Dubai Customs is committed to its role in implementing the SITES treaty provision, which the UAE joined in 1990. Our Smart Risk Engine is one of the most sophisticated systems in analyzing risks following well-studied plans. There are six inspection systems in place at Jebel Ali Customs Center, with a capacity of checking and inspecting 900 containers/hour.” 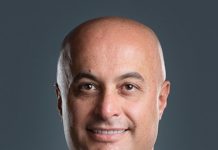 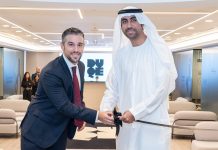 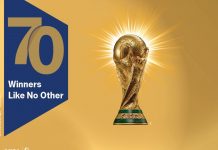