EFG Hermes reported a net profit after tax and minority interest of EGP 328 million in 2Q20, on revenues of EGP 1.3 billion, an 8% Y-o-Y and 26% Y-o-Y increase respectively.

Top line performance was primarily driven by revenue growth at the Group’s Investment Bank arm, which recorded revenues of EGP 1.0 billion in 2Q20, up 40% Y-o-Y. The platform benefitted from the recovery of regional capital markets and subsequent revaluation of seed capital and investments after it was strongly hit in 1Q20. Management accordingly sees 1H20 figures, where revenues were largely unchanged at EGP 2.3 billion for the period, as providing a more indicative assessment of the Group’s operational performance.

“The Group has shown resilience in the second quarter of 2020 as we continued to navigate a challenging external environment as a result of the covid-19 pandemic,” said EFG Hermes Holding Group CEO Karim Awad. “With a diverse geographical presence and a full array of services, the Group is able to navigate a challenging external environment with great success, with securities brokerage having solid and growing market shares in the majority of markets in which we operate, maintaining our position as MENA’s top ECM adviser, all while ramping up our NBFI offering.”

“The merger of our Egypt-focused factoring and leasing companies under the EFG Hermes Corporate Solutions umbrella will allow us to grow at scale with minimal investment in new hires and take advantage of a larger capital base. Cross-selling will also enhance the attractiveness of our offering to clients. Meanwhile, the team at valU, our fintech platform, focuses on establishing stronger relationships with e-commerce players to stimulate activity for the business,” Awad added.

A strong performance during the second quarter of the year from the Group’s capital markets and treasury operations helped offset pressure on the Investment Bank’s performance during the period. Despite lower interest from treasury operations, FX gains and a recovery in regional capital markets (reflected in the revaluation of seed capital/investment) drove a 142% Y-o-Y increase in revenues to EGP 653 million in 2Q20. For the first six months of the year, top line increased by 64% Y-o-Y to EGP 921 million.

EFG Hermes’ sell-side revenues declined 20% Y-o-Y to EGP 292 million in 2Q20, primarily due to the 21% Y-o-Y contraction in Brokerage revenues for the quarter, which came on the back of a drop in daily traded values across the majority of markets EFG Hermes serves. In parallel, Investment Banking revenues declined 13% Y-o-Y to EGP 58 million on the back of lower advisory fees.

Buy-side revenues were down 15% Y-o-Y to EGP 93 million in 2Q20 due to lower Asset Management revenues. The division lost 22% Y-o-Y to EGP 65 million, on the back of lower management and incentive fees booked by EFG Hermes’ regional asset manager, FIM. Meanwhile, Private Equity revenues stood at EGP 28 million, marking a 6% Y-o-Y uptick in the division’s top line.

At the Group’s NBFI platform, revenues declined just 7% Y-o-Y to EGP 299 million in 2Q20 despite a 17% Y-o-Y contraction revenues at Tanmeyah, as the platform’s other lines of business posted Y-o-Y growth. Tanmeyah’s revenues stood at EGP 229 million on the back of lower quarterly sales and loans issued versus the same period of last year. valU’s revenues increased by 239% Y-o-Y and reached EGP 20 million in 2Q20 on the back of high interest spreads and solid sales growth. Leasing revenues posted a strong 21% Y-o-Y expansion to EGP 47 million in 2Q20.

Group operating expenses rose 25% Y-o-Y to EGP 861 million in 2Q20 on the back of higher employee and other operating expenses. Despite this, employee expenses to revenues stood at 46% in the second quarter of the year, well below managements target of keeping the figure below the 50% mark. On a six-month basis, the Group’s operating expenses increased 13% Y-o-Y due to higher loan loss provisions taken by the NBFI platform in the face of the covid-19 outbreak. However, employee expenses were broadly unchanged at EGP 1.0 billion during the period, in line with the relatively flat revenue booked by the Firm in 1H20.

“EFG Hermes is ideally positioned to capture new opportunities when global markets and economic activity picks up. The cornerstones of our firm remain unchanged: the hundreds of committed, experienced professionals who comprise our team and well-diversified base of revenues, which spans from traditional investment banking services to NBFS from Egypt to the Gulf, from Sub-Saharan Africa to Southeast Asia. Our teams across all of the Group’s countries have continued to work tirelessly despite the professional and personal adversity we have all faced during the last few months — management and shareholders alike owe them our deepest thanks,” Awad concluded. 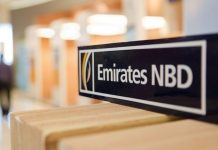 Satellite industry predicted to see double digit growth in the next...