Despite COVID-19 crisis, electric vehicle sales break records, says chief analyst of Alpho Milosh Pham. In Germany, their sales almost doubled from H1 in 2019 to H1 in 2020. The falling sales of regular petrol-powered cars of at least 20% are also important.

The surge in demand for electric cars is accompanied by extremely bullish market sentiment reflected in the development of Tesla’s share prices. Deloitte estimates that by 2030, global sales of electric cars might achieve 21 million. It comes as no surprise in the current situation that new models of electric cars constantly occur on the market. The first purely electric SUV has been presented by the Czech car producer Škoda this week.

The massive growth occurred despite the high acquisition cost of electric vehicles, which is gradually decreasing. The median of sales prices of electric vehicles in the U.S. slightly increased to USD 36,600 last year, yet the regular price of an electronic car dropped by more than 13% from USD 64,300 to USD 55,600.

The future of electric car business is open for both environmental and economic reasons.

Electricity is relatively cheap compared to crude oil and we are able to generate it from renewable sources of energy. Moreover, we can be sure that there will be technological progress in the methods of electric power generation.

Now, we can use nuclear power plants to generate huge amounts of electricity, but what if we figure out how to use the fusion power? It is far more stable and a single plant could produce more energy than the whole world needs. We can thus assume that the price of oil will inevitably rise, while the price of electric energy will fall.

Replacing a fossil fuel car with an electric vehicle may be an economic step leading to a future saving which also helps the environment.

Trading is risky and your entire investment may be at risk. TC’s available at http://www.alpho.com 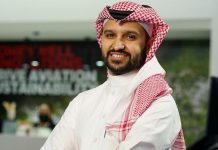 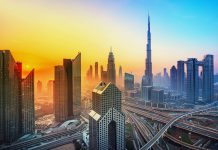 Virtuzone sees spike in enquiries from businesses located in conflict zones, facilitates relocation of companies to the UAE 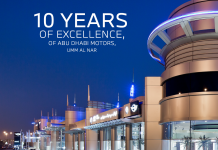 Emirates Commits To Reducing Single-Use Plastic On Board