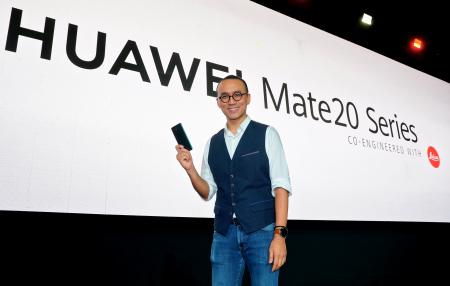 Huawei Consumer Business Group (CBG) unveiled the much-anticipated HUAWEI Mate 20 Series to users in the Middle East and Africa region during a launch event that took place at Burj Park where the audience was treated to a Huawei lightshow projected on the city’s most prominent landmark, the Burj Khalifa.

“Huawei takes pride in being a pioneer in On-Device Artificial Intelligence, shaping the evolution of smartphones into intelligent tools that understand users in order to assist them. Through innovative features such as a revolutionary Matrix Camera System, a long-lasting battery and the groundbreaking Reverse Charging, the HUAWEI Mate 20 Series aims to empower users by responding to their daily needs and allowing them to fully immerse into today’s digital world” said Gene Jiao President of Huawei CBG, Middle East and Africa.

Following a mesmerizing animation and a lightshow projection on the Burj Khalifa, an informative presentation about the brand’s performance in the region and how Huawei has grown to become the 2nd largest smartphone brand regionally and globally was given by Gene Jiao. H.E. Saeed Hareb, Secretary General of Dubai Sports Council was welcomed on stage to announce the second year of collaboration between Huawei and Dubai Sports Council, as Huawei will be the official presenting partner of the Beach Soccer Intercontinental Cup.

“Huawei is a brand that is a strong supporter of the UAE Government’s innovation vision as well as community initiatives and they are as passionate as we are about connecting people through sports and other activities, and moments that unite the region. So it is a great pleasure for us to see Huawei continue with the title-sponsorship of the Intercontinental Beach Soccer Cup Dubai for a second year running, and they are an active partner in a number of other events and activities as well” said H.E. Saeed Hareb, Secretary General of Dubai Sports Council.

Gene Jiao and H.E Saeed Hareb jointly unboxed and unveiled the new Huawei Mate 20 series on stage. Designed with the industry’s most powerful and sophisticated process technology, the latest Huawei devices set a new bar by which all 2018 smartphones will be measured.

The HUAWEI Mate 20 Pro is equipped with a 40MP main camera, a 20MP ultra wide-angle camera, and an 8MP telephoto camera. Together, the trio of lenses supports a wide range of focal lengths enabling it to mimic the results from professional cameras. This wider perspective creates a sense of spaciousness and a three dimensional effect to the images. The new camera system also supports macro distance, which produces crisp images of objects that are laces as closed as 2.5 cm from the lens. The HUAWEI Mate 20 Series also features an AI Portrait Color video mode. Using AI, the HUAWEI Mate 20 Series can isolate human subjects and desaturate the colors around them to dramatically highlight the person. AI Spotlight Reel identifies clips with a shared theme and auto-generates a montage, made entirely of highlights.

Besides superb performance, the HUAWEI Mate 20 Series also features groundbreaking improvement on battery life. It houses a large, high-density 4200mAh** battery, and supports 40W HUAWEI SuperCharge, which gives the device 70 percent charge in 30 minutes. The safety of the technology is certified by TÜV Rheinland.

Mr Issam Kazim, CEO, Dubai Corporation for Tourism and Commerce Marketing said, “At Dubai Tourism, we are continuously seeking partnerships and creative collaborations to promote the emirate as a destination of choice for global travellers. Huawei’s leadership and reach across China and MENA make them an excellent partner for our outreach efforts. As a brand known for putting people at the heart of its technology, and for driving a culture of innovation and continuous improvement, Huawei shares many values with Dubai. It was this meeting of minds that enabled an exciting partnership to be inked between our two entities and we are excited to have collaborated with them to produce the Mate 20 HiVision capability, a feature which showcases Dubai’s prominent landmarks, acting as an intelligent guide for tourists in the city and raising awareness about Dubai’s key achievements. 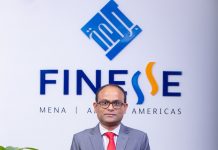 It’s time to bring in the cybersecurity experts 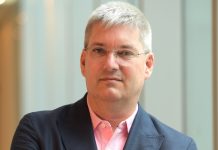 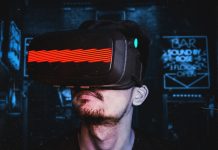 MG Motor expands its middle east network to 9 countries as...

Empire Aviation Group is a double winner at the Middle East...