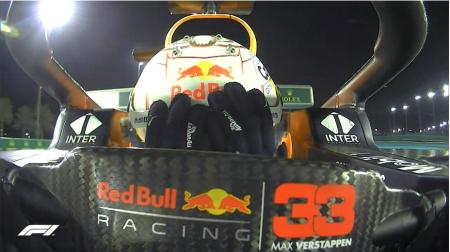 On the reconfigured Yas Marina Circuit track, the Red Bull driver finished top of the podium in a thrilling season finale as the two battled constantly for dominance. The victory for Verstappen in the final race of the 2021 season caps off an incredible rise through the sport in recent years and a spectacular season from the Dutch sensation, with 10 race wins across the 22-race calendar to seize the first world championship of his career in Abu Dhabi.

In a historic race weekend, two drivers began the final showdown tied in the standings for first place for the first time since 1974, as Verstappen and Hamilton lined up on Yas Marina Circuit’s start line each on 369.5 points in the Driver’s Championship in a high-stakes winner-takes-all encounter to conclude a year for the history books filled with on-track drama.

On the new 5.28km track in Abu Dhabi, Red Bull’s number 33 crossed the line ahead of his British rival to secure the first world title of his career and his 10th race win of 2021. The Dutchman’s triumph also saw his Red Bull Racing team top the Driver’s Championship for the first time since 2013 when Team Principal Christian Horner and German star Sebastian Vettel secured their fourth title in-a-row. With Sunday’s victory, Christian Horner’s side continued their return to the top of the sport with another year in second place in the Constructor’s Championship with aspirations to take back first place in the future.

This weekend at Yas Marina Circuit was the setting for one of the region’s best sporting and entertainment spectacles in recent history, with the return of spectators bringing a welcomed energy to the iconic circuit on Yas Island. 2021 also saw an exciting line-up in the Yasalam After-Race concerts, with global superstars, Khalid, Stormzy, Lewis Capaldi and Martin Garrix taking to the stage in a memorable weekend at Yas Marina Circuit. 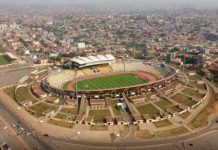 CAF and the African Union of Broadcasters (AUB) reach agreement to broadcast The African Cup of Nations 2021 to 100 million African homes.