A new damage and needs assessment following the August 4 explosion that rocked the city of Beirut calls for building back a better Lebanon based on the principles of transparency, inclusion and accountability to meet the demands and aspirations of the Lebanese people.

To help guide the urgently needed global response, the World Bank Group (WBG), in cooperation with the United Nations (UN) and the European Union (EU) conducted a Rapid Damage and Needs Assessment (RDNA), in close partnership with Lebanese ministries, civil society organizations and other key stakeholders.

According to the RDNA’s preliminary estimates, the explosion caused between US$3.8 and US$4.6 billion in damage to physical stock, while losses including changes in economic flows as a result of the decline in the output of the economic sectors are estimated to be in the range of US$2.9 and US$3.5 billion. The most severely affected sectors are housing, transport and tangible and intangible cultural assets (including religious and archeological sites, national monuments, theaters, archives, libraries, monuments).

Public sector reconstruction and recovery needs for this year and the next are estimated in the range of US$1.8 and US$2.2 billion, with between US$605 and US$760 million needed in the immediate term until December 2020, and between US$1.18 and US$1.46 billion in the short term for the year 2021. The transport sector’s needs are the highest, followed by culture and housing.

Although its estimates are preliminary due to the rapid nature of the assessment that was carried out together in cooperation with partners under challenging circumstances, the RDNA lays the groundwork for an agenda for reform, recovery, and reconstruction that inspires hope for a better future for all Lebanese, and where the Lebanese people should have a leading role.

The three main economic effects of the explosion are: losses in economic activity caused by the destruction of physical capital; trade disruptions; and losses in fiscal revenues for the Government. Even prior to the explosion, Lebanon was facing compounded crises with pre-explosion projections of 2020 real GDP growth well into the negative double digits, driven by the spillovers from the Syria conflict, whereby Lebanon continues to host the largest refugee per capita population in the world; a financial and economic crisis that includes an impaired financial sector, a currency crisis, very high inflation rates, a defaulting public sector; and the effects of the COVID-19 pandemic. The disaster will not only exacerbate the contraction in economic activity, but also worsen poverty rates, which were already at 45 percent of the population just prior to the explosion.

Critical recovery needs in the next 3 months alone include an estimated US$35 to US$40 million for an immediate large-scale cash transfer to meet the basic needs of 90,000 affected individuals, and to create short-term jobs for 15,000 individuals. They also include provision of shelter for the most vulnerable displaced, low income, and middle-income households; repair of minimally and partially damaged housing for the lower income households. Immediate housing needs are estimated at between US$ 30 and US$35 million, while short-term needs for the year 2021 at between US$190 and US$230 million. In addition, US$225 to US$275 million in financial support is needed immediately to restore services of 5,200 micro firms and 4,800 small businesses that employ thousands of Lebanese. These small business recovery grants and soft loans will cover reconstruction, equipment and working capital needs to reopen activities and retain workforce.

Reconstruction efforts will require not only the rehabilitation and reconstruction of damaged buildings and infrastructure, but also the rebuilding of institutions and governance structures. In the port sector for instance, the report recommends that, beyond the emergency works needed to ensure Lebanon’s vital imports, the port is rebuilt in a holistic and modern way, better sited and sized, and governed by the most efficient and transparent practices.

The RDNA recommends a “Building Back Better” approach through a framework of Reform, Recovery and Reconstruction combining interventions that prioritizes the needs of the people, particularly the poor and most vulnerable, with structural reforms relating to macroeconomic stabilization, governance, private sector operating environment, and ensuring human security. These reforms should prevent corruption and elite capture.

Given Lebanon’s state of insolvency and lack of sufficient foreign exchange reserves, international aid and private investment will be essential for comprehensive recovery and reconstruction. Lebanon’s implementation of a credible reform agenda will be key to accessing international development assistance and to unlock external and private sector sources of financing.

The World Bank, the United Nations and the European Union are fully committed to working together with Lebanon and its people to build back a better Lebanon that puts its people’s needs first. 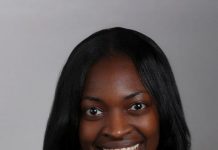 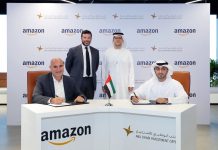 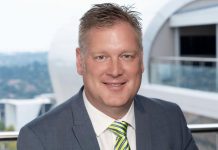 Watchmaker IWC and Facebook team up for launch of innovative Chatbot...