This is aligned with its continued commitment to both the UAE Federal Government’s “NAFIS” initiative and the Emirati Human Resources Development Council in Dubai. The first of these flexible policies is being announced today, with the Group significantly expanding its family leave options. This includes doubling maternity and paternity leave and introducing new parental and adoptive leave options.

Mothers can now take four months of maternity leave, including 60 days of full pay, 30 days of half pay and 30 days of unpaid leave. Both mothers and fathers can take an additional, fully-paid week of parental leave. Paternity leave has increased from two days to five, in line with recent legislative changes. In addition, a new adoption leave policy gives Emirates NBD Group’s adoptive parents leave.

Eman Abdulrazzaq, Group Chief Human Resource Officer, Emirates NBD Group, said: “Emirates NBD Group now offers one of the most generous family leave policies amongst large, private UAE organizations. While these benefits are available to all employees, we are specifically targeting more female Emiratis based on the feedback we have received from them about wanting more time at home during the most important phases of their lives.

Eman Abdulrazzaq added, “This is just the beginning of our focus on providing employees with more flexibility and work-life balance. We will make another announcement shortly to unveil a second, major initiative based on how millennial Emiratis have told us they want to work.”

Emirates NBD Group’s new and expanded family leave policies is the second initiative launched in support of “NAFIS”. Its elite graduate program, “Ruwad” commenced in September, with the first cohort of 20 graduates joining the organization in October to build the Group’s leadership pipeline. 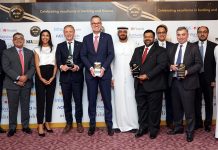 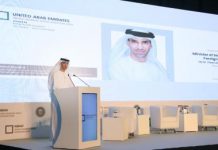 Emirates expands its operation in the Americas due to increased demand

eSIM to be a reality soon in the UAE